AMOLED vs OLED: Which One Is Better For Mobile Phone Display? 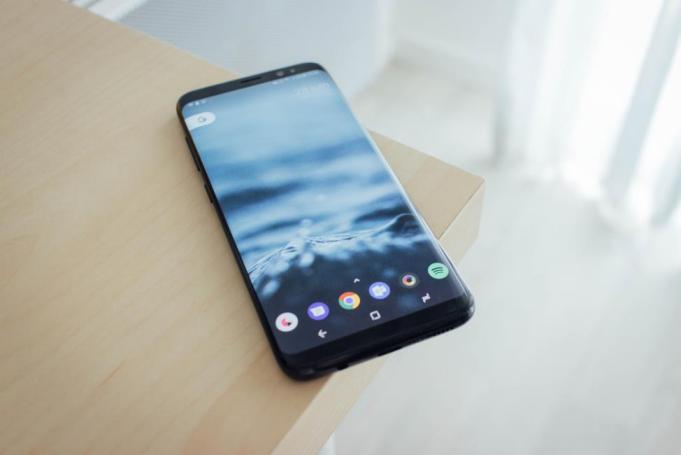 Before we compare the difference between AMOLED and OLED display, let us first have a quick glance on the other types of display used in our electronic devices to better understand how the technology of display evolves to what it is today.

It all begins here, remember those PC monitors with big and bulky tube-like thing in its back? Those monitors are using CRT or Cathode Ray Tube displays. Back then, the displays in our electronic devices are not as good as what we have today. As mentioned earlier devices using CRT displays are too bulky, too heavy, ugly and very unhealthy to the eyes due to higher radiation.

Nonetheless, this technology is one of the most advance during its time and was being used for several years before it was being replaced by a much better technology known as LCD.

LCD display solved some of the most known issues surrounding the CRT displays, like the problem in aesthetics and in providing a better and a much safer display. Unlike CRT, LCD uses a much thinner screen that allows manufacturer to use it not only on large electronic devices such TVs and Personal Computers but also to smaller devices like the mobile phones. It is also a low-cost technology making it one of the most preferred type of display to use over other rising types of display during its time (like the Plasma display).

When mobile devices become a new and hottest trend in the modern tech world, LCD played a major part into this trend. Most of the mobile devices in the world is using an LCD display at the onset of its popularity.

As LCD played a major part in the advancement of mobile phone technology, a variant of it called Thin-Film-Transistor (TFT) has been introduced to the mobile world. TFT is just basically an LCD display but unlike a typical LCD, the TFT variant provides a better image quality and contrast. It also uses lesser power than the ordinary LCD and significantly faster in terms of refresh rate. However, TFT display is less adaptive when exposed to direct sunlight making it harder to see when you bring your device outdoor. It also has one big problem in consistently delivering better display when viewed at different angles. In other worhds, TFT display can only be viewed at one specific angle and poorly delivers when viewed from the side or other angle.

To address the limitations of a TFT display, a new and better variant of LCD was introduced and this is the IPS display. Generally, IPS display provides a better viewing quality no matter what angle you are looking at the device.

Typically, TFT display needs to be viewed head-on or in one specific angle only in order for you to see a better viewing display. IPS address this issue as it provides a better viewing quality even if you are looking at the device on its sides or top or whatever angle you prefer. It is also faster in terms of response time and offers much better viewing in outdoor lights. If you want to read more about IPS and TFT, you can go to this site for a more detailed article.

The reason why LED is used is because it provides better brilliance and lighting to the display and it is also more efficient and uses lesser power. Now that we already reach the point of an LED-supported displays, some variants of this technology has been introduced promising a much better, clearer, more power efficient and cutting-edge technology. In other words, we are already in the age that LED displays are starting to dominate our tech world. So far we have variants like OLED, AMOLED, Super AMOLED and QLED.

According to Tom's Guide website, OLED technology uses organic compounds to create colors. I think this is why it is called Organic Light Emitting Diode. This kind of technology produces more intense color and stark contrast. LG is one of the known users of this type of display in their TVs.

OLED technology is again producing a brighter, more power efficient, thinner and better contrast than LCD displays. One of the highlight of an OLED display is its ability to produce a true black color. Unlike LCD, OLED does not use any backlighting thus it is more thinner to the extent that it can be easily rolled. High end phones nowadays are already using OLED display like the Huawei P30.

Key Point: OLED is not an LCD type display that uses an LED backlighting. OLED is a totally different technology that is viewed as better and more efficient than LCD.

One of the hottest and most sought display today is the AMOLED. You guess it right, an AMOLED display is a type of an OLED display. OLED has one limitation, it has some restrictions on the screen size while AMOLED can be applied to any screen size.

AMOLED displays is using TFT on tap of the OLED, if you recall one of the advantage of TFT display is that it allows faster response time, this ability was inherited by the AMOLED display but unlike the original TFT, AMOLED offers better brilliance and image quality. However, it also inherits one of the problems of TFT screen as it can be hardly visible when exposed to outdoor lights.

Again, OLED offers better contrast, true black and more efficient power consumption while AMOLED offers faster response rate and eliminates restrictions on screen size which is the main problem with OLED. Nonetheless, both displays are already great than the previous types we mentioned above and both offers a much better dislplays.

Super AMOLED is the real deal nowadays because of its integrated touch function. It still offers vibrant display, it is thinner and lighter and more power efficient. More importantly, super AMOLED is already easily visible when exposed to direct sunlight. It has a superb adaptive ability to various lighting environments and has an impressive contrast ratio.

Samsung is one of the main users of Super AMOLED as most of their flagship phones are equipped with this stunning technology. The only disadvantage the nay sayers are seeing for AMOLED, actually for all other OLED types display, is that it burns out over time. But sure there is some ways users can prevent this from happening. I for one, am using a Samsung A50 and I am really impressed with the Super AMOLED display.

I compare it with my older iPhone SE, it has an IPS display, the difference is really evident. I also compared the Super AMOLED with Huawei P30's OLED display, Super AMOLED is indeed more vibrant and stunning.

In conclusion, Super AMOLED indeed offers better and more efficient display. However, it is expected to wear out over time but there are some ways to avoid this from wearing out and sure it does not wear out that easy. OLED is also a better option however if you love playing games Super AMOLED offers faster refresh rate. IPS display is still not out in the game, iPhone is still using it in most of its phone and it is not a bad option either. But really, the trend is now in OLED and it really did not disappointment.