Breaking The Duopoly: The Entry Of China Telecom In The Philippines 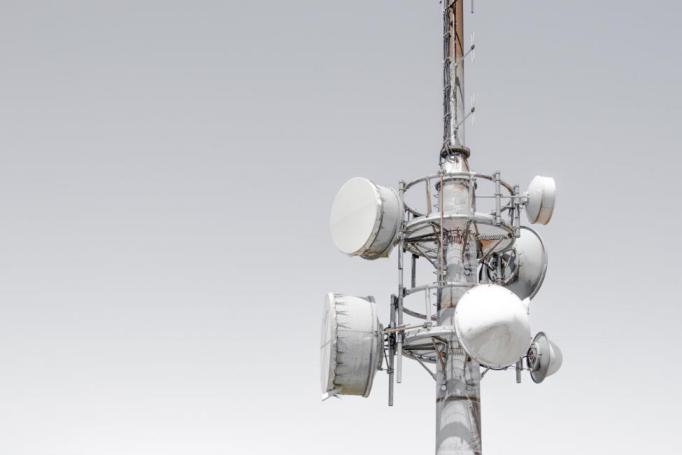 Last November 2017, Presidential Spokeperson Harry Roque announced that president Rodrigo Duterte has offered China the privilege to become the third telecommunications company in the Philippines. This offer is made by the president in the hope of breaking the duopoly of Smart Communications (PLDT) and Globe Telecom.

The Chinese government responded to the offer and picked China Telecom Corp as its worthy challenger. This was met with different reactions among Filipino netizens. Some got excited while others expressed concern about China's reputation in providing quality service to the Filipino people.

Nonetheless, despite the mixed reaction, the government is not backing out on its plan to break the long standing duopoly in the Philippines. The president even wanted the third telco to start operating in the country by early 2018. A statement that gains thunderous support by many disappointed subscribers of both Smart and Globe.

A lot has been asking why the government is tapping the services of China and not the other countries where internet services are already known to be fast and reliable.

According to a report conducted by OpenSignal, South Korea, Japan and Norway has one of the fastest and the most accessible LTE (Long Term Evolution or 4G) signals in the world. It further stated that South Korea is nearing an average of 46Mbps download speed far ahead when compared to the current speed of the Philippines which is measured at only 8.24Mbps.

Now, knowing the reputation of these countries in delivering quality and faster internet why did the government still choose China?

In the report of ABS-CBN News , Presidential Spokeperson Harry Roque admitted that the move was a political decision of President Duterte to offer the 3rd telco slot to a Chinese company. This was done to boost the ties of the Philippines and China.

That statement is a clear answer on why China has the edge in getting the third telco slot. Though, there were plans to give this offer to other foreign telcos this can only be done when the talks with China fails. So much love to Chinese right?

But prior to all of this, there were reports that Telstra and San Miguel Corp will forged a partnership to enter the Philippine market. However, the plan did not materialize. It ended up with San Miguel Corp selling its telco assets to both Globe and Smart. A move that seemingly solidified further the strength of the duopoly.

Getting To Know China Telecom

President Duterte is really serious about putting China Telecom into business. Last December, 2017 he announced that he wanted China Telecom to get the necessary permits in first quarter of 2018. This is really very exciting but along with the size of the excitement is the million dollar question that we are all eager to know: Can China Telecom deliver what is expected from them? Can it really provide a fast, reliable, affordable and quality internet service?

In order to have some idea about it, let us look some information about this company we are all waiting to see.

If you will visit their site you can see in their homepage a slide that claims some recognitions or awards from Finance Asia. Wikipedia says that Finance Asia is a Hong Kong-based publication reporting on Asia’s financial and capital markets. Much like Forbes, I guess.

Furthermore, China Telecom does not only operate in mainland China. It also delivers its product and services in Europe . It was also recognized in 2017 as Global No. 1 in IR Magazine’s Global Top 50 Awards 2017. It has also a subsidiary in Myanmar as China Telecom (Myanmar) Ltd.

So, can it really deliver? There are still doubts but to keep the hope burning, China Telecom has a great potential in delivering the needs of the Filipino people.

Based on how big it is as a company and how it managed to gain some recognitions, the hope is high that it can deliver.

Other Factors To Consider

Though the current administration wanted to fast track the entry of China Telecom there is still one major factor that needs to be considered. The Philippine Constitution requires that foreign ownership of businesses in the country is limited only to 40%. This means that China Telecom needs a local partner.

Philippine Telegraph and Telephone Corp (PT&T) shows interest of a partnership with them. However, in a report of GMA News, PT&T said that it is in advanced talks with a Korean telco for a partnership deal. This puts a big question mark about the status of China Telecom's entry into the country in Q1 of 2018. Certainly they need a local partner and if they can find none in the given short period of time then they cannot operate in the country as desired.

PT&T is still about to announce regarding this new talks with a Korean firm but if this is true then this could raise problem about the planned entry of China Telecom. President Duterte wanted a Chinese firm. If PT&T is pushing for another venture with another country other than China then I will just hope that it will get the support of the president to fast track everything. Else, a no deal is most likely the final outcome in all of these efforts.

What is good about the Chinese deal is that it has the president's support. Interaksyon reported that the president himself directed DICT and NTC to ensure China Telecom will operate within 1st quarter of 2018.

Though a deal with Korea is highly preferable but if it does not have the president's support I don't think it can go somewhere pretty soon. China Telecom still remains the best hope we have to break the duopoly the soonest possible time.