No More Sweets and Desserts For The New Android OS 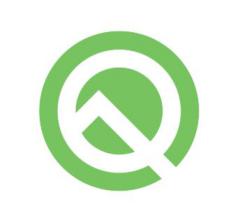 Google has been known in following the tradition of naming their widely popular Android Operating System to sweets and desserts. But now with the upcoming release of their next version of Android OS, Google is going to break the tradition by naming their newest Android OS as: Android 10.

Yes, you heard it right, you might be hoping for Queso De Bola but unfortunately the era of alphabetical sweets and desserts are already over for Android OS. Android Q is officially called Android 10 and the next to it will be a name of boring sequence of numbers at the end of the word "Android".

I am certain that millions of android fans around the world are going to miss calling their favorite OS in the likes of Donut, Eclair, Froyo, Gingerbread, Honeycomb, Ice Cream Sandwich, Jellybean, Kitkat, Lollipop, Marshmallow, Nougat and Oreo...

The shift to a simpler naming convention is part of Google's plan to re-brand the Android OS. In fact, Google is also updating the Android logo making it cleaner and simpler.

Despite the change in the naming convention there are still lot of reasons to be excited about the upcoming release of this version as new features and improvements will be introduced in this version.

The beta version of Android 10 was already out and the official release is expected to happen somewhere at the end of Q3 or early start of Q4 this year.

So, what do you think about this new name of Android OS, do you like it or not? Let us know in the comments below.