Ten Great Attractions That Are Coming To Cebu

Cebu is the second major urban center in the Philippines, next to Manila. It is the top destination for local and foreign tourists in the country because of its beautiful beaches, rich history and diverse culture.

With its booming economy a lot of new destinations has emerged in Metro Cebu in the past few years. Big shopping malls has emerged in the city and became instant tourist destination. The latest of these are the SM City Seaside at South Road Properties and the Robinsons Galleria mall. SM also started its own MyBus transport business that operates modern European style buses that runs on a specific point to point route around Metro Cebu.

But this beautiful city is not yet done as more exciting things are still coming and about to be unleashed in the coming years. Below are the list of ten things that the people can look forward to in Metro Cebu. Some of the items in this list might be at planning stage yet but there is no reason not to be excited about it.

At the top of the list is the Cebu Bus Rapid Transit, a mass transportation system that utilizes a number of buses that runs on a dedicated lane. In a report by GMA News, the Cebu BRT system will involve 176 buses that will run at the speed of 26 kilometers per hour with a total of 33 drop by stations. The bus will arrive at every station in 5 minutes interval allowing a faster, cheaper and comfortable transport.


The project is estimated to transport around 330 thousand passengers every day in the city. The total cost of the project is $228.50 million and will be primarily funded by The World Bank. Initial route will run from Bulacao to Ayala Center Terminal with possible expansion to Talamban and neighboring cities like Mandaue, Lapu-lapu and Talisay.

This system has been proven to be an effective and efficient means of transportation in other countries like Hongkong, Singapore and Columbia. If completed, this will surely help ease traffic in the city and hopefully remove Cebu in the top spot in the list of cities with worst traffic.

Aiming to transform Cebu into a world class lifestyle destination in the country, the Mandani Bay is going to be the new tourist destination in the province. Set to rise at the city of Mandaue fronting the Mactan channel, this new master-planned urban community is a joint project of Hongkong Land and Taft Properties.

Hongkong Land is one of the leading property developer in the world owning prime offices and luxury retail property in major cities in Asia. While Taft Properties is one of the leading real estate developer in the Philippines which currently owns the tallest high-rise building in Cebu, the Horizon 101. Together, these two giants in real estate brings the most anticipated urban community in the country.

Mandani Bay is a mixture of residential and commercial environment that completes a perfect world class lifestyle living. Some of the attractions of this mega-structure is the cluster of high-rise buildings to be built by phase fronting the Mactan channel. Within its community is a so-called Green Promenade, an extensive tree-lined avenue. It also has a Main Boulevard, a Waterfront and Boardwalk that allows a stunning view to the coast and surrounding skyline.

Construction of this megastructure is on-going and you can already see part of it rising in the coast of Mandaue. Once completed, Mandani Bay will generate additional jobs for the Cebuano people and definitely transform the city's skyline. 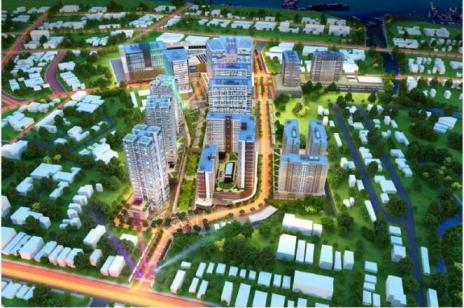 Screen grab from the promotional article at Ayaland website. 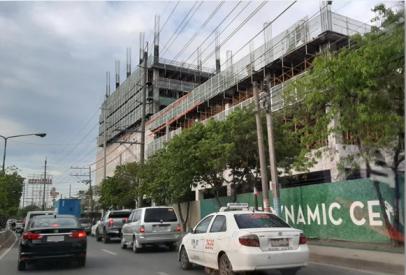 This is the actual building in the on-going construction of Gatewalk Central taken last June 29, 2019.


Two of the biggest estate developer in the country, Ayala Land Incorporated and AboitizLand, had forged a partnership to bring to Cebu the newest integrated mixed-use property called The Gatewalk Central. Spanning at 17.5 hectares, the property will rise in Subangdaku, Mandaue City fronting the Cebu North Bus Terminal. 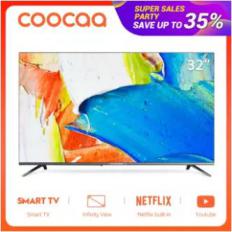 A Japan quality Smart TV offered at the most affordable price.
Buy it now at Lazada.

This newest master planned estate will feature offices, residential units, family-friendly parks, a Landmark department stores and an Ayala Mall. Gatewalk Central is scheduled to complete in 2020 with the mall expected to open ahead in 2019. 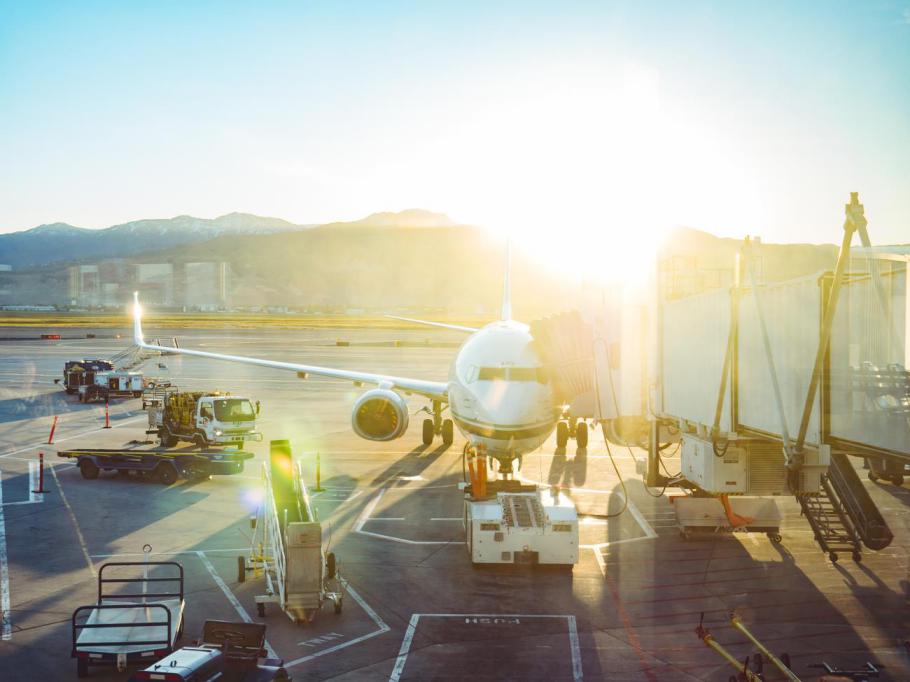 This new project in Cebu's major hub to the world is a partnership between the Philippine government and GMR-Megawide Cebu Airport Corporation (GMCAC). The partnership covers a 25-year concession agreement by GMCAC to upgrade and manage the new terminal that is said to be the world's first resort airport.

Currenlty, Mactan Cebu International Airport is the second busiest airport in the country with a capacity of 4.5 million passengers every year. The current capacity is expected to increase by 12.5 million once the new terminal is completed. Something that Cebuanos can be really proud of.

Update: The terminal 2 is now fully functional and currently they are implementing some structural and non-structural improvements in the terminal 1. 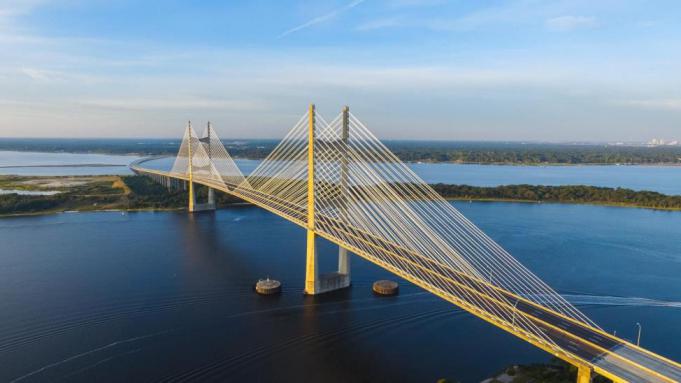 Photo is not the actual design.

The third bridge that will link Cebu and Mactan Island is set for completion by mid-2021. It will be developed and managed by Metro Pacific Investments (MPI), a company owned by Manny Pangilinan. It will be a private-public partnership (PPP). 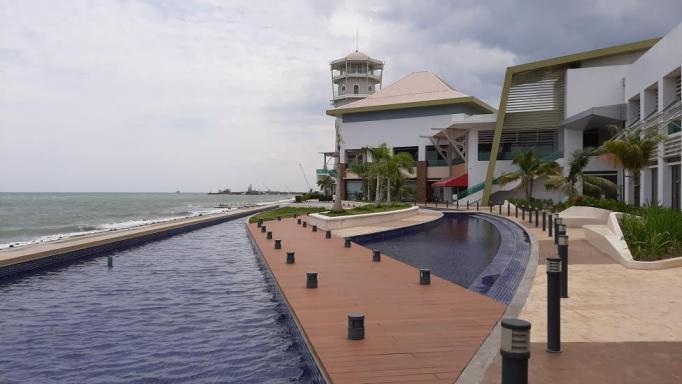 A New Lifestyle Mall Is Rising In Cebu City

Il Corso lifestyle mall is the newest lifestyle attraction in Cebu City that is rising at the South Road Properties (SRP).


This project is said to be critical and important for the city as it is being seen to lighten traffic in the first and second bridge in Mandaue City. Once operational, this will become accessible to the public through a toll-fee system. This bridge will be the first infrastructure link between Cebu City and Mactan Island and the third between mainland Cebu to the island.

Here is the actual video on the on-going construction of the bridge. 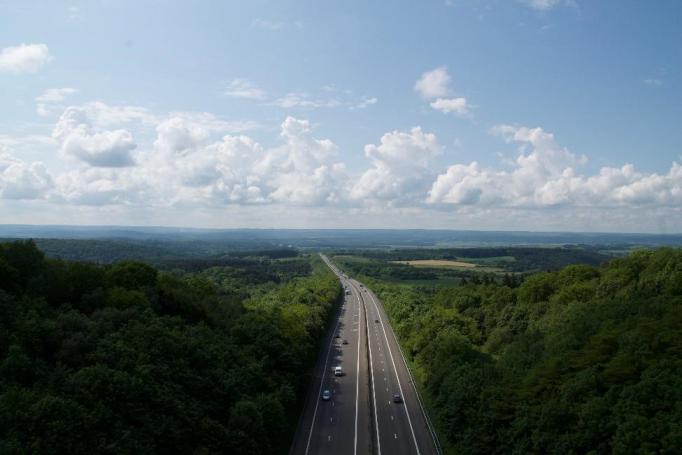 The Department of Public Works and Highways (DPWH) has already completed the feasibility study of the P50 Billion Metro Cebu Expressway Project.

This project is a 74 kilometers expressway that will run from Naga City to Danao City. The road is expected to decongest traffic in Cebu and will cut travel time between these two cities from 3 hours to 1 hour and 25 minutes. This project is part of the big ticket projects of the Duterte administration's 'Build Build Build' infrastructure program.

Work for this project is expected to begin in 2018 as reported by the Freeman.

This project is a four lane road spanning at 1.6kms in length connecting Brgy. Guadalupe and Brgy. Lahug in Cebu City. The project has an estimated cost of 500 million pesos and is expected to shorten the travel time between the two barangays to 30mins.

Cebuanos know week that traveling between these two barangays takes 1 hour to forever due to heavy traffic. Having this by pass road will certainly provides convenience to motorists and commuters.

In a report by Sun Star last December 2016, the Regional Development Council (RDC) has already approved the feasibility study for this project. This newly conceptualized by pass road will serve as an alternative road for the commuters going northbound of Cebu.

The road according to Sun Star, will go from behind the Cebu International Port in Cebu City then passing through Mandaue City Sports Complex. It will then pass through the first and second Mandaue-Mactan bridge before it go towards the seashores of Consolacion and Liloan.

As of June 9, 2017, GMA News reported that the feasibility study for this project is still on-going. Hopefully, this will be pushed through and become a reality in the near future. 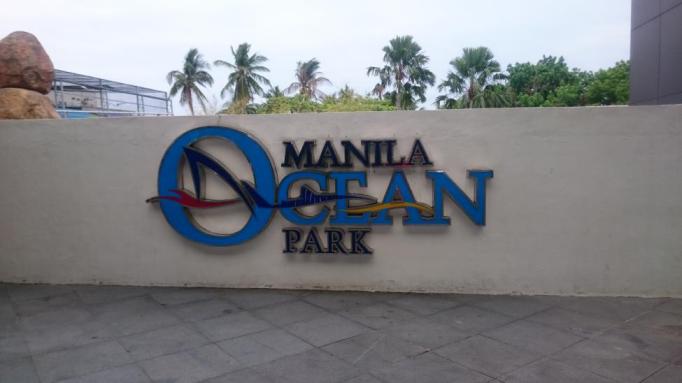 The Manila Ocean Park, the only ocean park in the country. Similar ocean park is planned for Cebu.

Last March 2016, local news institution in Cebu reported that a one-hectare Cebu Ocean Park will soon rise at the South Road Properties (SRP). The said park is going to have an Oceanarium, jungle trek. It will also have Sea Lion and Dolphin shows.

Upon completion, the park will become the newest attraction not only for the people of Cebu but also to the people of the entire Visayas and Mindanao region. Cebuanos will no longer have to go to Manila to enjoy the country's only oceanarium, the Manila Ocean Park.

According to the report of Cebu Daily News the park will be built beside the Pedro Calungsod chapel and will rise within the 30-hectare property of SM Seaside Complex.

Update: This is already a reality. This is projected to open in September 2019. Cebu Ocean Park will be the next big attraction to open in Cebu this year. 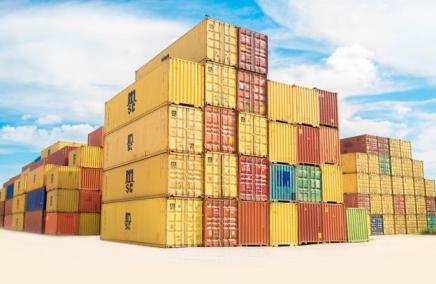 The National Economic Development Authority (NEDA) had already approved the construction of a Php92 billion Cebu International Container Port. This container port project will cover a 25-hectare property located in Tayud, Consolacion. The implementation of the project will address the growing problems of port congestion in the country.

Port congestion has been a rising problem in the country as it becomes the main cause of delays that results to a higher cost in the distribution of both imported and exported goods. Building a modern container port that can accommodate large volume of shipments has become critical to the economy of the country as this will help in the smooth transport of the country's import and export products. 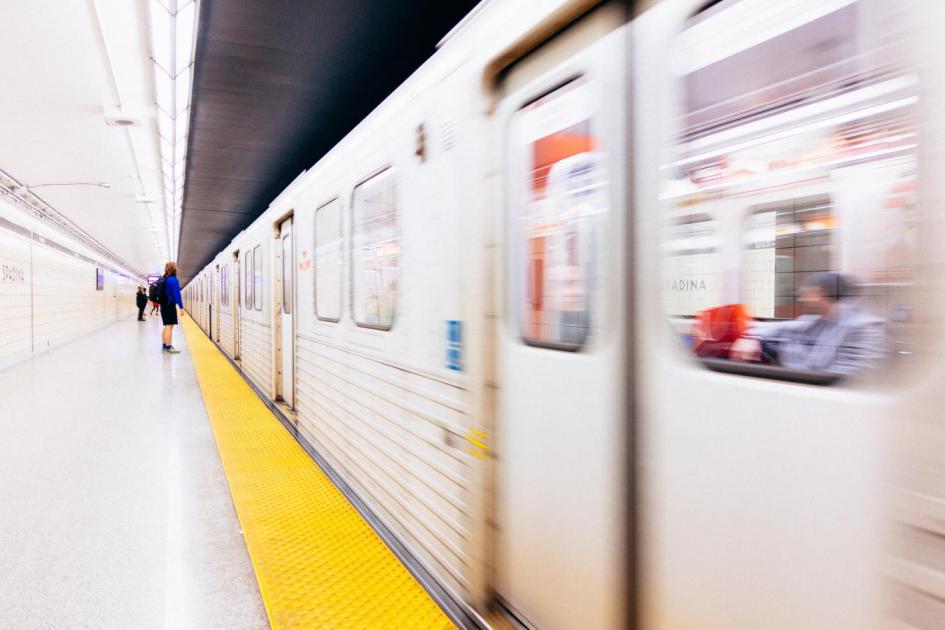 LRT system is proposed to complement BRT system. But there is an on-going dispute that calls for cancellation of BRT and be replaced by LRT.

Economic growth in Cebu is unstoppable but along with this growth is the growing problem in traffic. Just recently, Waze, the world's largest community based traffic and navigation app has rank Cebu as the city with worst traffic.

Waze only confirms that the traffic problem in the city is serious and needs to be addressed as soon as possible. One of the proposed solution for this is the Light Railway Transit (LRT).

The feasibility study has been completed as reported by the Freeman last June 2017. Presidential Assistant for the Visayas has been pushing for this project as a better alternative for the project.

In his State of the Nation Address (SONA) last 2017, president Duterte strongly stated that his administration will push for more infrastructure projects in the country and that includes railway projects in Manila and Cebu. So, hope is still high for this project! 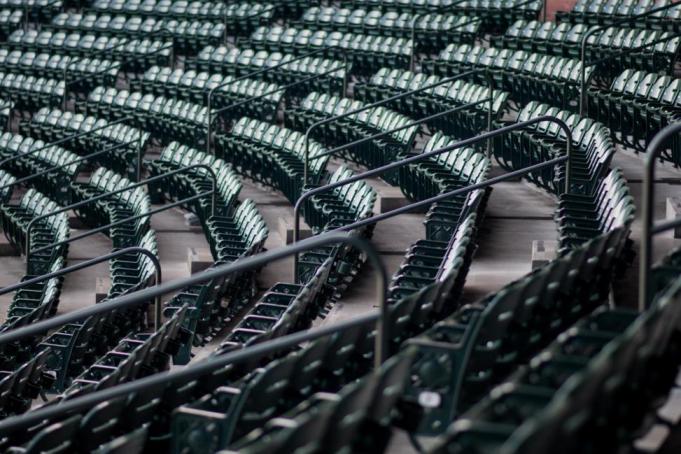 In the past few years, reports are coming out that SM will construct a 16,000-seat SM Seaside City Arena within the SM Seaside Complex in SRP. The arena is said to replace the 53-year old Cebu Coliseum which is currently one of the main venue for big sporting event in Cebu.

The arena is a bit smaller than the Mall of Asia (MOA) which is currently the most frequent hosts to some of the biggest local and international event in the country.

The Seaside arena has been included as one of the potential venues for the 2019 FIBA World Cup. However, when the Philippines lost its bid to China to host the event the future of the project has become uncertain.