Ten Infrastructure Projects That Are Coming To Cebu 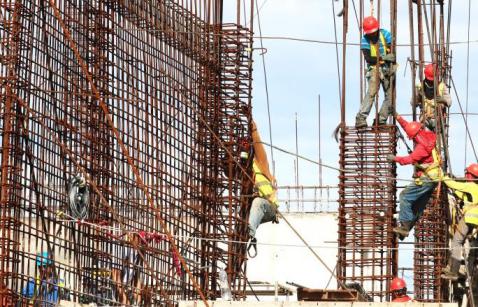 Cebu is the leading major city in the Philipines, next to Manila. It is one of the biggest contributor to the economic growth of the country and is consistently held as one of the premier tourist destination in the world.

But like any other metropolis in the Philippines, Cebu is still left behind in terms of infrastructure developments when compared to other major cities in the world like Singapore, Tokyo or London.

This is one of the biggest projects for Cebu that will cost around P20 - P30 billion. The Metro Cebu Expressway will link Danao City in the north to Naga City in the south. The total length of the road is expected to be 74 kilometers. It will traverse to the cities of Danao, Mandaue, Cebu, Talisay and Naga as well as to the municipalities of Compostela, Liloan, Consolacion and Minglanilla.


The project is expected to be completed by 2022 before the term of President Duterte ends. Around P300 million was already released to acquire the road right of way. Some part of the expressway will be at the upland area of those mentioned cities and municipalities and may include some subway along the way. This is already an on-going project and thus closer to becoming a reality.

The third bridge is not enough to cater the needs of metro cebu in the future and thus, another bridge is now being planned to link Cebu mainland to Mactan Island. Feasibility study is on-going and according to the PNA website the Japanese consultants from the Japanese International Cooperation Agency (JICA) had already presented their findings to the planning office of Department of Public Works and Highways - Central Visayas (DPWH-7) last March 6, 2019.

JICA recommended the construction of the fourth bridge to mitigate the traffic congestion in Metro Cebu. According to the initial recommendation, the bridge will be at 6.78-km in length, with a 0.58-km bridge component and a 6.20-km coastal road component. This is still in feasibility study and thus the chance it will become a reality is at 50%.

The Cebu-Negros bridge is a 5.5-km bridge that will link Negros Island to Cebu. This is only part of the bigger road network that will link the entire Visayas Islands under the Build Build Build program of president Duterte. There will be a total of 8 bridges planned to link the islands of Cebu, Negros, Bohol, Panay, Samar, Leyte, Surigao and Sorsogon. However, no feasibility study has been started yet for this project and for the other 7 planned bridges. But at least for now the plan has already crossed the mind of our leaders and let us just hope that this only a matter of time... and budget. Since no feasibility study yet the chance that this project will become a reality under the current administration is very low.

Like the Cebu-Negros bridge, this project is also part of the dream project to link the entire islands of the Visayas region. This bridge is one of the 8 bridges being planned for the Visayas. If pushed through, this will be a 24.5-km bridge that will link Cebu and Bohol. Last February, 2018, the Freeman reported civil works for this bridge is initially slated in 2020 and will be funded by the Asian Development Bank. So hopefully, we can hear new updates for this one. The chance of this to become a reality is high knowing that connecting Bohol and Cebu will contribute a lot in boosting the tourism and economic standing of both provinces.

On February 27, 2019 the Department of Transportation (DOTr) had already held the groundbreaking for the Metro Manila Subway System. This is one of the biggest in the build build build policy of president Duterte.

Aside from the capital's subway, the government is also planning to build another subway system in Cebu. In a report of PhilStar

, DOTr is targeting to have the LRT along with the BRT, to be operational by 2020. However, as of this time, no construction has been heard about this project. Nonetheless, it is a good thing we hear there is a plan for Cebu for an elevated and subway LRT system.

As Cebu progresses to become one of the leading cities in the country the demand for mass transportation for the city has become one of the priorities of the local government in Cebu. One of the proposed solution is the BRT system. The project has already a proposed budget and the feasibility study has also been completed. However, this has been put on-hold due to some key people who questioning the effieciency of this system. These people are calling to scrap the project and have it replaced with what they think more efficient method, which is the LRT system.


Lat December 2018, Inquirer reported that DOTr will push through with Cebu BRT plan. Cebu City mayor Tomas Osmena, said in the previous reports that he has nothing against Cebu having an LRT system as it will complement with the Cebu BRT system.

Just recently, I read a report in Cebu Daily News that both top executives of Mactan Cebu Intenational Airport (MCIA) and GMR Megawide Cebu Airport Corporation agreed that a cable car system would address the traffic problem in Cebu quicker than the other proposed transportation systems.

The initial plan is to directly connect the airport to somewhere in Manduae City. According to the report, the cable car will travel at the speed of 22km/hour with one cabin carrying of up to 10 passengers. This is actually a good idea for Cebu. Notably, progressive cities like Singapore had also their own cable car system which have been proven to be efficient and an added tourist attraction to the city as well. So, if this will be pushed through be ready to fight that fear of height.

When this project was started in the middle of 2017 everyone was complaining about the monstrous traffic happening in the area. Now, after more than a year and a half, the N. Bacalso Avenue underpass project is about to open this March 2019.


However, in a nother report from Cebu Daily News the opening of the underpass might be delayed until May 2019. This is because of the heavy rains encountered last December 2018 which is causing the site to be flooded with water enough for it to be unworkable for several days. But nevertheless, this project is already certain for Cebu to have. Nice!

One of the most congested intersection in Metro Cebu is the UN Avenue-Plaridel Street intersection. This intersection is the gateway to Mactan Island via the Marcelo Fernan Bridge (also known as the new bridge or the second bridge to Mactan), to the north via the Cansaga Bay Bridge or to via Highway, to Cebu via PLaridel Street.

Crossing this intersection during rush hour will sometimes take you around 20-30 minutes if you are lucky, if you're not it could go as far as 40 minutes to 1 hour. Because of this very heavy traffic a tri-level pass project has been conceptualized back in the year 2010. A tri-level pass includes, the normal road that we know today, a planned underpass in the intersection plus a flyover.

However, according to the report of Sunstar the flyover has been cancelled as this did not complement to the master plan for Cebu's transportation system.